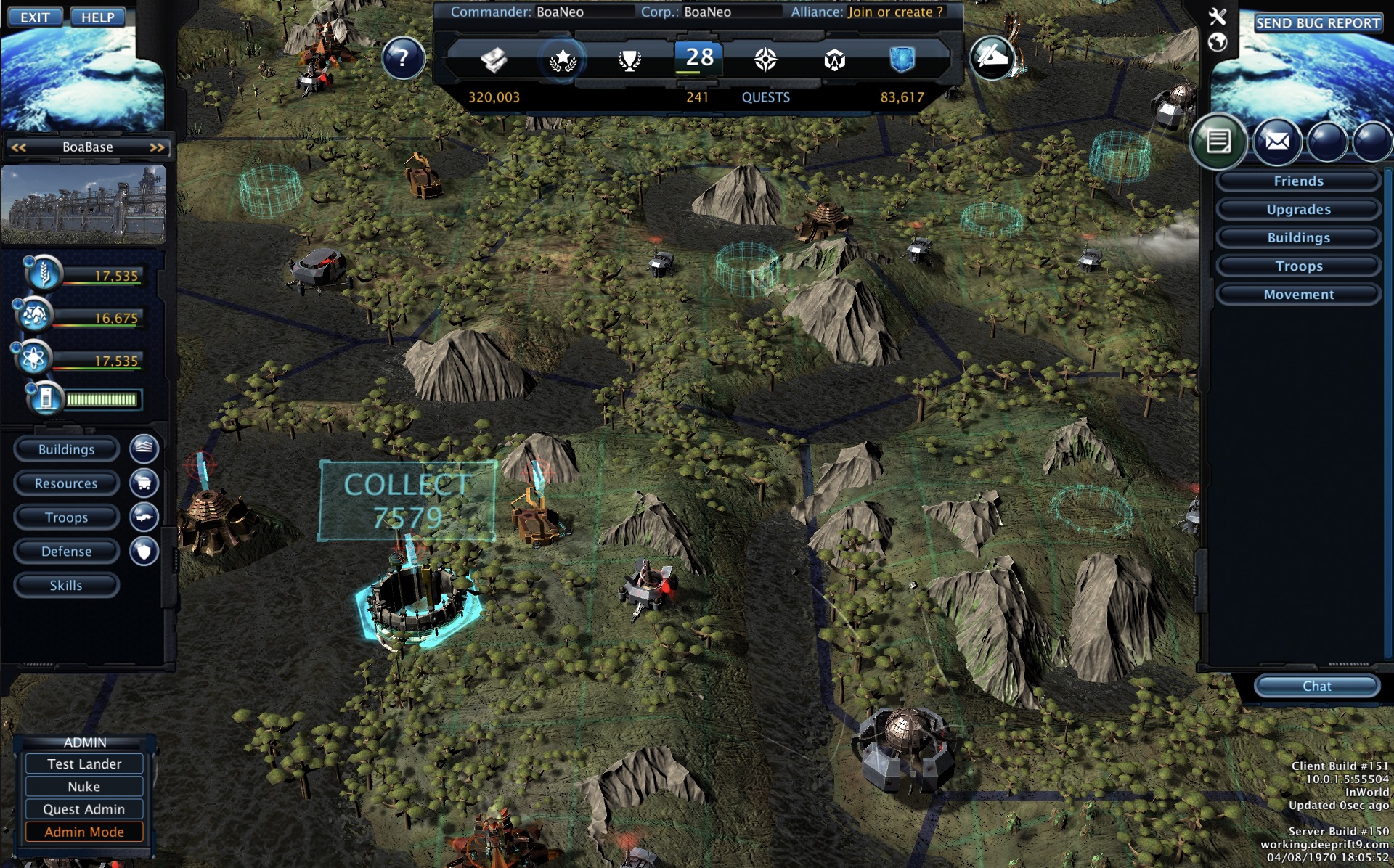 We're experimenting a bit with different ways to render the player cities - both to make them more unique but also to provide more information "at a glance" without having to actually select ecah city.

In build 151, cities that you have no intel on are rendered as wireframed "ghost cities" - once you've successfully send spy drones to the city they will appear fully rendered like your own cities (we plan to make enemy cities slightly different so you can easily tell them from your own or alliance members).

Rendered cities will also include all buildings over level 5 and starting from the next build, visuals for defensive structures on the city will only be visible if there's more than a small minimum of them.

The attention marker on your cities that indicate major events (little glowing symbol) has been made smaller and now animates down on the city so it does not obscure the view of the city itself.

Let us know what you think :)

Multiplayer strategy gaming on the alien world of Deep Rift 9